My Dog Doesn’t Like Other Dogs: 5 steps to Stop the Barking and Lunging 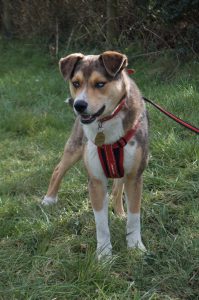 We’ve all seen it.

Person and dog are walking along the street.

Dog spots another person or dog and goes ballistic. Barking, lunging, ducking and diving, in a flurry of teeth and claws, looking for all the world as if she wants to eat everyone in her path.

Then we see the poor owner trying to deal with this explosion. Usually he tries to restrain the dog physically, shout at her, maybe yank her around on her leash, before beating a disorderly retreat to lick his social wounds and repair his dignity.

The social pressure to appear to be in control of your group – whether they be people or animals – is very strong.

And if we let it, it will make us act in a way we don’t like, indeed a way which is not like us at all!

This can be doubly hard for men.

Why? Because they are expected to be totally in control. And to ensure by whatever means that that control is not challenged or defied. Inability to stop their dog kicking up trouble is perceived – erroneously – as a sign of weakness. So rationality goes out the window, and they act out of character.

The man who was dandling his baby on his knee an hour before is now yelling and yanking his dog about in a way he would hate to see on video. The question is: Why are people so quick to punish their dog?

But my dog is being defiant!

Let’s backtrack a little and find out first of all why your dog is doing this.

The answer, in the vast majority of cases, is fear.

It may be that the dog was not sufficiently socialized in the critical early weeks; it may be that she had a bad experience which has colored her perception of strange people or dogs; or it may be that it’s just the way she is.

She’s a delight in the house, brilliant with the kids, but when she’s out she turns into a screaming monster. She sees something that frightens her. She’s on the leash so is unable to flee, so she does her best to look ferocious to repel the invader. She’s shouting “Get away from me! Look – I have teeth! Don’t make me use them!”

None of this is a challenge to your authority! So trying to be the boss is not going to help one bit.

The opposite is true. If your dog sees something that frightens her and then you weigh in and frighten her more, this is going to make matters a lot worse!

Shouting at your young daughter when she shows a fear of spiders is not going to help her overcome her genuine fear of them.

So it is with your dog.

So how can I have a calm walk without all Hell breaking loose? 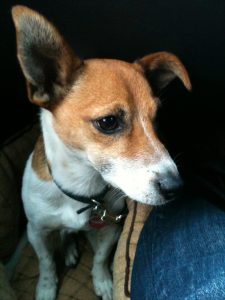 The harsh treatment of dogs advocated by some popular TV programs does not sit well with the way you choose to relate to your family. But there’s no need to treat your dog any differently! Once you understand that your dog is afraid, this changes your response entirely. She is no longer to be castigated, rather to be helped to cope with a situation which is terrifying her.

This is where your strength and courage come in. Without fear of what other people may think of you, you’ll be freed to make the right choices to change the dynamic – not just right now, but in the future too.

1. The first thing is to give your dog distance. If the other dog is too close at 30 feet, then get 60 feet away. Think of your little girl and the spider.

2. Let your dog know that she never has to meet a strange person or dog ever again – you will always move her away just as she sees them. Yes – this will turn your previously ordered and linear walk into a bit of a chaotic zigzag, but it will be a calm and peaceful zigzag! This will build her confidence to the extent that this step alone may eventually enable her to pass other dogs without comment.

3. Relax your hands. It’s highly likely (and totally understandable) that whenever you see anything approaching, you tighten the leash in a vice-like grip, tense up, breathe faster, and generally give the appearance of being just as afraid as your dog is! So do the opposite: breathe slowly, lower and relax your hands, say to your dog in a calm voice, “Let’s go!”, and head off in the other direction.

4. Ditch any nasty collars and gadgets promoted for keeping your dog under control. These can only serve to make her more frightened. Imagine putting a straitjacket on your frightened little girl and forcing her to confront the spider! It will magnify the fear immensely. Use a soft collar or harness and a loose lead. No chains. No spikes. No batteries.

5. Reward your dog when she does it right! As soon as you turn away from the impending threat – whether it be 10 feet or 100 feet away – congratulate her warmly on her brilliant self-control! Her lack of stress and distress will be a huge reward in themselves – feeling panicky and afraid is no fun. Always carrying some tasty treats in your pocket will make it crystal clear to her that she has done something that has really pleased you. Dish them out freely when she’s achieved a calm response. Scatter them on the ground for her to hoover up.

You are going to make huge strides forward, but you are also going to have setbacks.

See it as a slow progression. Fear is a very strong emotion and doesn’t disappear overnight. You’ll be able to look back in a while and say to yourself, “We couldn’t have walked past that dog a few months ago!”

As you switch from fearing other people’s opinions to focusing on your dog’s needs, you will know that you can make the right choices for your dog’s well being. 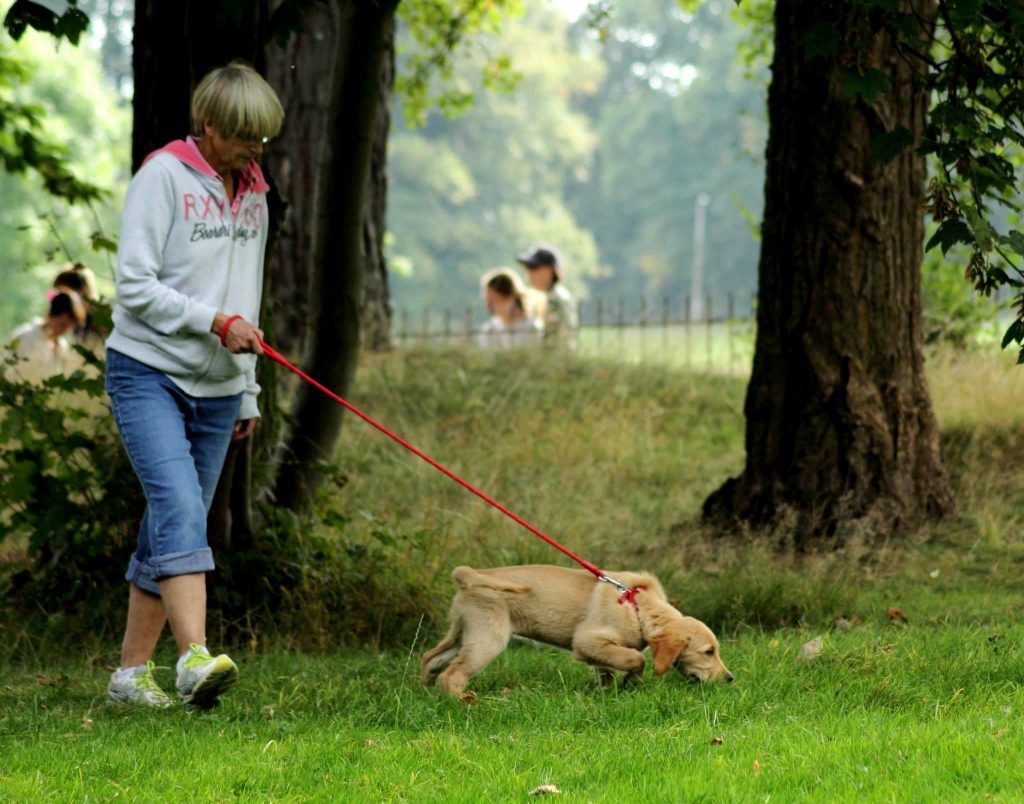 You already do that with your family. Just forget about macho men on the TV beating up their dogs and treat your dog as you treat your children – with empathy and kindness.

It’s not about control, or showing who’s boss. It’s about ensuring the safety and happiness of everyone in your care.

Now you can have the calm walks that you crave!

And for a four-part email course that will walk you through this, step by step, head over to www.brilliantfamilydog.com/growly