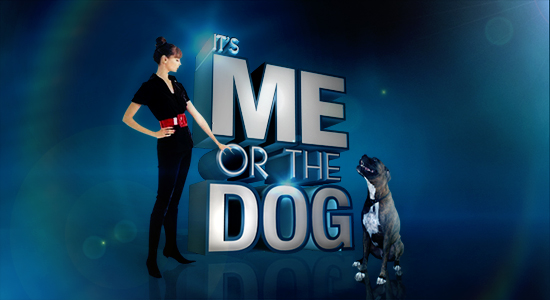 We’re very excited to share the news that full episodes of It’s Me or the Dog are now available on YouTube via the @ItsMeOrTheDog channel.

It’s been quite a while since we broke ground on that series back in the early 2000’s, and I never would’ve guessed that we’d end up shooting over 100 episodes and have the show airing in over 200 countries. Crazy!

I originally pitched the show idea to the same producers of Supernanny, saying that I did the same things with dogs and their owners that Jo Frost was doing with kids and their parents. Obviously the format was a winner and we went on to collaborate with the same production company for over 8 full seasons (4 in the UK and 4 in the US).

When the show first started, there were no other modern TV shows about dog training and behavior on the air in the UK (where the show first premiered). As time went on and other dog training shows simultaneously gained in popularity, it began to become apparent that one of the main purposes of It’s Me or the Dog would be provide a public voice promoting positive training techniques and force-free tools and methods. 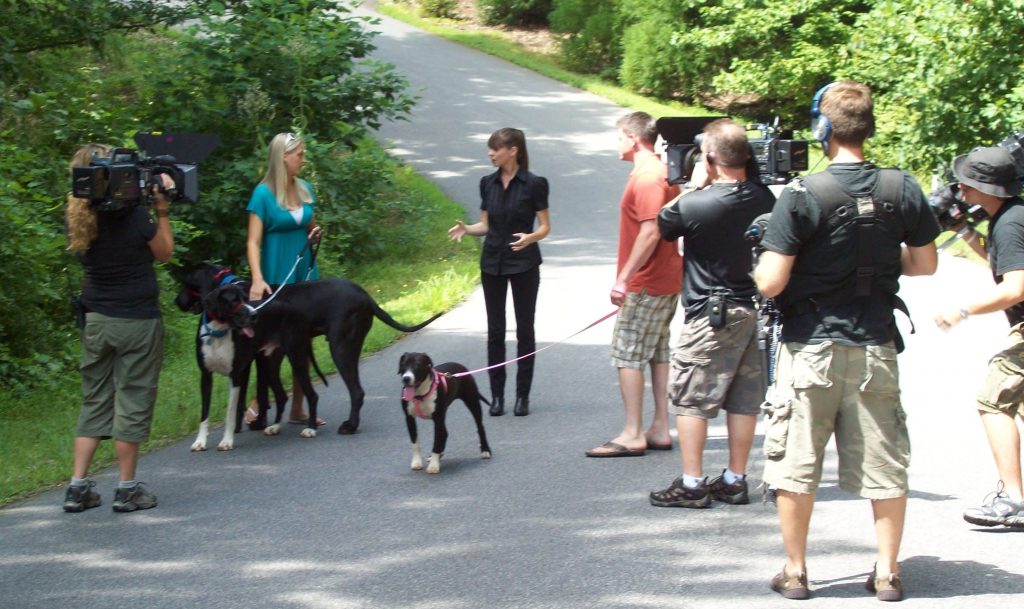 Victoria on the set of “It’s Me or the Dog” in Georgia.

Like all good dog trainers, however, I’ve evolved quite a bit in the 15 years since we shot those early episodes in the UK. Good dog trainers are always learning and perfecting their skills. As behavioral and cognitive science evolves, so does our understanding of how dogs think, feel and learn, and that’s what forms the foundation of everything I do as a modern dog trainer. I’m lucky to know and work alongside many of the leading dog trainers and behavioral and cognitive scientists in the world, and many of them are involved with Positively, the Victoria Stilwell Academy, and/or some of the other platforms and initiatives we’ve built over the past decade – a few of them even made it into some of the later episodes of It’s Me or the Dog!

I’m incredibly proud of the content we produced on It’s Me or the Dog, and I’m continually amazed at the number and breadth of people that share with me how something about the show helped them in their journey towards a deeper understanding of their dogs and dog behavior. I’m still good friends with the producers of the show and have continued working in various regards on other projects with many of the great people that were part of the It’s Me or the Dog team.

That said, like almost anything that’s over 10 years old these days, there are a few soundbites and snippets of various shows that I would handle far differently today than I did back then. I first learned to train dogs during the time when ‘pack leader’ and fixed hierarchy theories in dog /human households was still popular and more widely prevalent. In order to suppress a dog’s supposed ascent to become ‘top dog’ of the household, for example, I was taught that we had to ‘demote’ them. Some trainers did this in a more harmful way using physical punishment, while trainers like me were taught to do it in a softer way – to pretend to eat out of a dog’s bowl, for example, because ‘the leader always eats first’, or to keep the dog below me so that he didn’t think he was a ‘higher rank’, etc. All these things felt a little odd to me when I was taught them, but I studied with people and read from books that espoused these and other similar theories. It was a massive relief to find that these ideas were actually based on flawed research, and that what I truly felt inside fit much better with newer studies about dog behavior that were emerging from canine behavior and cognition research centers and universities around the world. 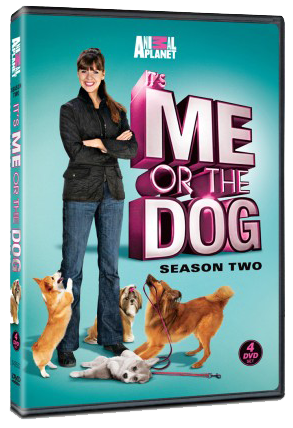 This is an exciting time to be a dog trainer because the wealth of discovery is revolutionizing the dog training and behavior world and we at Positively and the Victoria Stilwell Academy (VSA) are at the forefront, helping to turn those discoveries into workable learning platforms for our canine and human clients. By focusing on the function of behavior and the power of choice and enrichment, as well as understanding the importance of bridging the gap between dog and human needs and wants, we continue to promote our mission of helping humans and dogs live more harmoniously together.

So we hope you enjoy the new YouTube roll out of It’s Me or the Dog! And if you happen to notice something in an early episode that might be a bit more ‘old school’ than what you’ve seen, read or heard from me more recently, check out more information about positive training at positively.com, learn more about what we teach at VSA (vsdogtrainingacademy.com) and join my Facebook (facebook.com/victoriastilwell), Twitter (twitter.com/VictoriaS), Instagram (@victoriastilwell), or YouTube (youtube.com/victoriastilwell) pages and keep up to date with the latest information about me, positive training and exciting articles and information to help both you and your dog.

Should Dogs Be Shocked, Choked, or Pronged?

Posted on April 26, 2019 by admin
Should these types of collars be banned in favor of force-free alternatives? 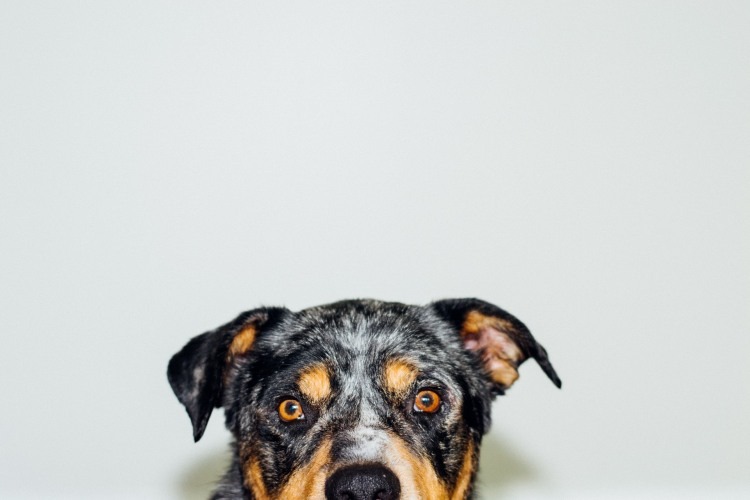 “Collars are a vital part of dog ownership. They allow pet parents to walk their pup on a leash and they provide a place to hang ID and vaccination tags. However, if used in the wrong way, collars can lead to serious or even fatal injury.” —Lindsay Lowe, “5 Ways Collars Can Harm Your Dog“

As you probably know, there is currently an outbreak of Dog Flu in the South Bay and more recently, a number of cases have cropped up in other areas around the Bay. All dog owners, including myself, are understandably concerned about what they can do to reduce the likelihood that their dogs will be infected. However, there is no need to panic. Although Canine Influenza, or dog flu, is extremely infectious, it usually causes only mild symptoms for a few days to a couple of weeks and the dogs normally make a full recovery despite treatment. Yes, complications from the flu can occasionally be…

3 Dangerous Ingredients You're Feeding Your Dog

Are you harming your dog by feeding them the wrong food? We all love our dogs and many consider them our best friends. Many of us even treat them better than our own family members.

There are 3 dangerous ingredients that no dog should ever eat, and if you are giving them to your dog then you might be slowly harming her/him.

There may have been some time in which schools had to be charged with teaching students reading, writing and arithmetic. However, as society changes schools become responsible for instruction which either reflects a field of research, or utilized to be given at home. When I was in high school we had a selection of […]

As you most likely know, there’s currently an epidemic of Dog Safety in the South Bay and more recently, a number of cases have popped up in different areas around the Bay. All dog owners, including myself, are understandably concerned about what they can do to decrease the likelihood that their dogs will soon likely probably be infected. However, there is absolutely not any need to panic. Although Canine Influenza, or canine flu, is infectious, it causes only mild symptoms for a couple of days to a couple of weeks and a full recovery is normally made by the dogs despite treatment. Yes, complications from the flu can occasionally be…
Vet advice
dr. ian dunbar

How Dogs' Names Have Changed Through History

In 2019, Britain’s most ​favored names for our ​four​-legged friends are names we​’d​ give to our children, like Charlie, Max, Bella and Luna. But go back hundreds of years and things are radically different. Why call your dog Max when you could go with Magastomo, meaning big mouth? 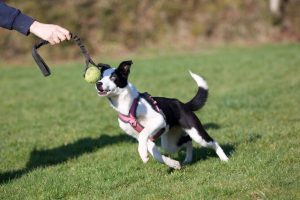 Your dog focusing on you off-leash, recalling them away from other dogs or even them just choosing to stick close to you can seem so daunting.

This concept became known as Leash Off, Game On. When the leash comes off, our dogs think the game with us is about to start! Now you don’t get this by teaching a “sit, a “down” in fact you don’t get it by teaching any behavior. As the name suggests, you achieve this by playing GAMES!

Now, we put our heads together and figured out what the ten biggest games to teach this concept were for us, filmed them and stuck them on a DVD that we just couldn’t not share with the world. This DVD is free, you just cover the postage and if you are wanting to grab one of those, you can find out more here: https://game.absolute-dogs.com/leashoffgameon

In the meantime, this game is one we start with – from our brand new pups to our students’ dogs requiring an off-leash reliability top-up. It’s called the Leash Off, Party On Game!

Here’s How to Play!

Concept you are teaching: When the leash comes off, mom/dad come to life and the party is the best place to be!

Top Tip! While you are teaching this concept and while it isn’t all that strong or safe to let your dog off leash, have your dog on two leash – one is your regular leash, one is a long-line – so that you are building the concept but never letting your dog fully off-leash. 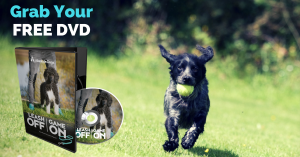 This is just one of the ten puzzle pieces for off-leash reliability and the Leash Off, Game On teaching but wow it’s a powerful one! You can check the rest out here: https://game.absolute-dogs.com/leashoffgameon

If you teach your dog one thing only this year – even in their lifetime – let it be that the best thing in the world is YOU! If you do that, a recall, focus, loose-leash walking, off-leash reliability, in fact, you name it are all side-effects of that one piece of learning.

Go have a party!

dr. ian dunbar
As you most likely know, there’s now an epidemic of Dog Flu in the South Bay and more recently, a variety of cases have cropped up in different regions around the Bay. All pet owners, such as myself, are concerned about what they can do to decrease the likelihood that their dogs will be infected. There is no need to panic. It usually causes only mild symptoms for a few days, although Canine Influenza, or dog flu, is very contagious and a complete recovery is usually made by the dogs despite therapy. Yes, even complications from the flu may sometimes be…

The Magic Hand Game For Focus And Concentration 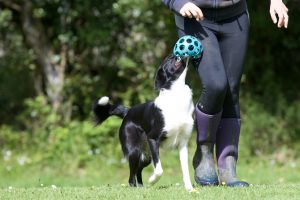 The Magic Hand game involves placing food in the palm of your hand and gently pushing individual treats through your fingers for your dog to catch.

We are certain that you will find many more uses for the Magic Hand game. Remember, always keep it fun!