Why Every Kid Should Have a Dog —a Rescue Dog 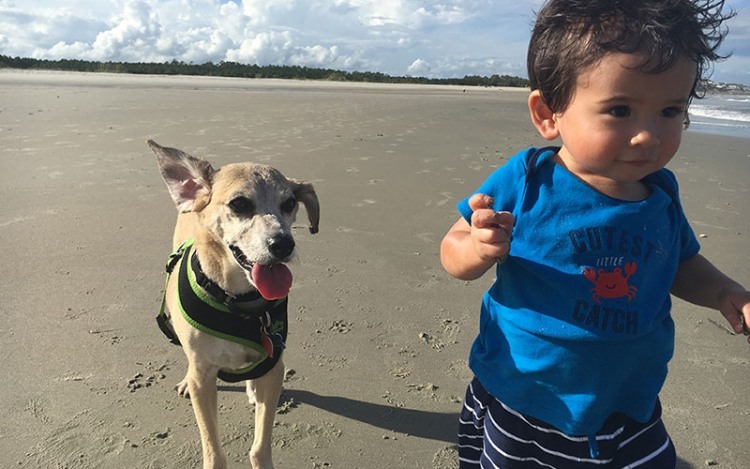 Our dog, Vector, is alive by the scarred skin of his mauled-off tail and the saint-like kindness of an organization, the Sato Project, that rescues strays from Puerto Rico’s infamous Dead Dog Beach.

He endured that hellish environment for about three years, competing with fellow canines for scraps and shelter from Caribbean heat and storms. In addition to his tail, he’s missing a toe and chunks of ear. A deep wound adorns his snout.

Vector could easily be dead, feral or at the very least deeply traumatized. Instead, he can be trusted with the life of my two-year-old son—his human brother.

And though miraculous, Vector’s story is commonplace: his transition from famine to family member is par for the course for canines.

Tags:
behavior
lifestyle
life with dogs
This entry was posted in Uncategorized. Bookmark the permalink.